The brotherhood that exists between firefighters is something you don’t see in any other profession. It takes a special type of person to willingly risk their life to save others, and the camaraderie that develops as a result is unbelievable. The annual National Firefighter Curling Championships are an opportunity for firefighters of towns, cities, and villages of all sizes to take a much-deserved break from putting their lives on the line to come together and play.

Provincial curling associations exist to gather provincial firefighters once each year to socialize with fellow firefighters while competing in a sport known worldwide for its sportsmanship. Combining the strategic sport of curling with the brotherhood of firefighters allows everyone to enjoy the company of their brothers and sisters nationwide for one weekend every year, and another week for the national playoffs.

At Metalfab, we support our national fire departments in any way we can. Sometimes, we get to have a little fun while we’re at it. At the Firefighter Curling Championships, Metalfab is a proud title sponsor of the New Brunswick (NB), Prince Edward Island (PEI), and Nova Scotia (NS) Maritime Associations. This year we are also sponsoring the Alberta (AB) Championship. Let us tell you a little about the championships, how they came to be, and how these sponsorships align with our mission and commitment to you.

If you would like to compete, contact your local Curling Association before the deadline to reserve a spot for your team! The cost varies depending on which province you are located in. You can also feel good knowing a portion of every sign-up fee is donated to your national Firefighters’ Charity. 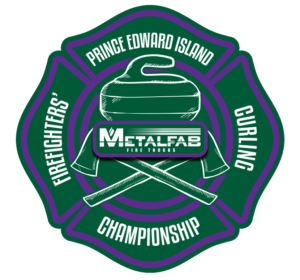 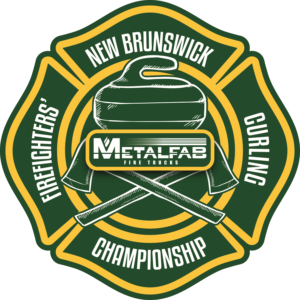 Provincial Associations were formed in British Columbia, Alberta, and Saskatchewan (SK) in 1958 followed by the first Provincial Playdowns in BC, AB, SK, and MB in 1959. In 1960, a five-province Dominion Championship (comprised of BC, AB, SK, MB, and ON) was held in Regina, SK. Aubrey Neff was then elected the Canadian Executive team’s first President and the first All-Star Awards were presented in 1962.

Nova Scotia joined the Championships in 1964 followed by Quebec and Prince Edward Island in 1966. Northwest Territories competed for the first time in 1973 and, later, Newfoundland and Labrador joined the tournament in 1983. At this time, Aubrey’s dream of a national event had become a reality. By 1983, the National Firefighter Curling Championship had been held in every province.

Sadly, Aubrey, after a courageous battle with cancer, passed away on March 9, 1997, at the age of 74. However, his dream continues today. Aubrey’s legacy lives on in the hearts of every firefighter who participates in the annual curling championship. One man’s dream remains a reality for all who continue to champion his cause.

The CFFCA is not simply about curling. Over the years, the CFFCA has donated hundreds of thousands of dollars to Muscular Dystrophy Canada in search of a cure for neuromuscular disorders. All who participate continue to support this Firefighters’ Charity today.

Metalfab: A 20-Year Partnership of Protection

Supporting the firefighter community in the National Curling Championship is fun but it also ties into our mission statement. At Metalfab, our mission for over 50 years has been this: we aim to assure owners of Metalfab fire trucks that every purchase is a 20-year partnership of protection for their department and their communities. This is our promise to each of you every time you manufacture a custom fire truck with us. If you’re in the market for a new truck, we invite you to reach out to us at 1-800-561-0012 to learn more about what this partnership promise means to you and to us.