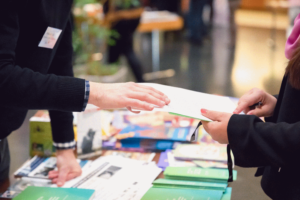 As many of you may already know, Intershutz is the world’s leading trade fair for fire and rescue services, civil protection, safety, and security. It is a magnet for companies from around the world seeking to develop new markets for their products. It is also the go-to show for pros wanting to learn about the latest innovations and share expertise with their international peers.

The show is usually held every four years, but it was postponed for the last two years because of the COVID pandemic. The exhibition returned this year, and for global professionals who were eager to learn out about the latest technologies and products, this year’s show was long-awaited and highly anticipated.

Intershutz is considered in a class of its own internationally when it comes to the quality and number of visitors and exhibitors it attracts. Here are some facts from this year’s preeminent show:

Here are some takeaway observations from this year’s show:

The 5G Use Cases Live Experience

The new 5G mobile communications standard intends to become a reality and will deliver data in real time. This topic occupied a wide space at Intershutz.

Various 5G applications were demonstrated in Hall 16 and outdoors. This included the driving of a special signal vehicle in the city traffic of the future, in which automated vehicles will operate alongside human-operated vehicles.

Hall 16 showcased support tools for networking plus digitalization, which are also major challenges in the further development of leadership support tools and software. Eurocommand, for example, offers an innovative platform with its 5th-generation leadership support software—CommandX CX5—with extends current market functionalities with mobile applications like live data transfer, dashboards, guard display, and drone data integration. Networking with each other with different systems is another recent development.

The use of drones is another topic that is increasingly prevalent in discussions of protection and security. These so-called unmanned aerial vehicles (UAVs) have already proven to be an important tool in hazard prevention in many large and small operations. Whether in the exploration of deployment sites, the search for missing persons, or the detection of fire nests, the application possibilities of thermal imaging cameras are manifold and offer scope for innovative ideas.

At this year’s show, there were three such examples. First, the German Rescue Robotics Center (DRZ) provided information on robot and drone deployment examples in Hall 17 at Booth D06. Also, the German Aerospace Center (Deutsches Zentrum für Luft- und Raumfahrt, or DLR) presented a project called “Live-Lage: The use of drones for the rapid reconnaissance of operational situations,” which was developed together with the Fire Brigade of the German city of Duisburg. Finally, a

start-up from Ludwigsfelde in Brandenburg, Germany, offered some completely different ideas. The company—NatureTec—is engaged in the development of unmanned cargo drones for fighting forest fires.

Digital applications are literally limitless these days. One such example at the show included Hexagon/Intergraf, a digital reality solutions firm that combines sensor, software, and autonomous technologies.

For more than 30 years, the company has been equipping police, fire brigades, and rescue services with technologies for operations management and resource allocation.

A Presentation of Control Center Technology

Swissphone brought out the entire range of comprehensive alerting solutions for a wide variety of industries and a wide variety of tasks, whether for blue light organizations—such as fire brigades, rescue services, and the police—or for authorities and administrations.

It goes without saying that Intershutz is the place to be for anyone who wants to learn about the latest emergency management innovations and developments.